Ash is an attacking Rainbow Six Siege operator, who is played in 40% of all rounds in SiegeGG-tracked matches.

NESKWGA has played the most rounds in their career with Ash. They are closely followed by Shaiiko, whose favorite operator is Jäger.

Ash might not be in her prime in Siege, but she historically is one of the best and most used operators in the game.

According to Ash's official biography: "Cohen's mother is a renowned Jewish political activist and professor while her Palestinian father is a professor of Middle Eastern Studies. Cohen was raised in Israel, excelling in Mathematics and Physics. She earned a degree in Structural Engineering at Tel Aviv University and spent a few semesters at Boston University."

After that, Ash enlisted in the Israeli Defense Forces, serving on the elite Air Force unit for five years. She is known for her skill in both ground and airborne operators, as well as "all-weather and all-terrain navigation, and reconnaissance." This made her invaluable in Operation Orchard.

"Moving to the US to work with FBI SWAT, Cohen applied her degree in Engineering and gift in structural resistance to develop advanced demolition tactics and equipment. Along with Hebrew, Cohen is fluent in Arabic, English, French, and Greek," Ubisoft wrote. 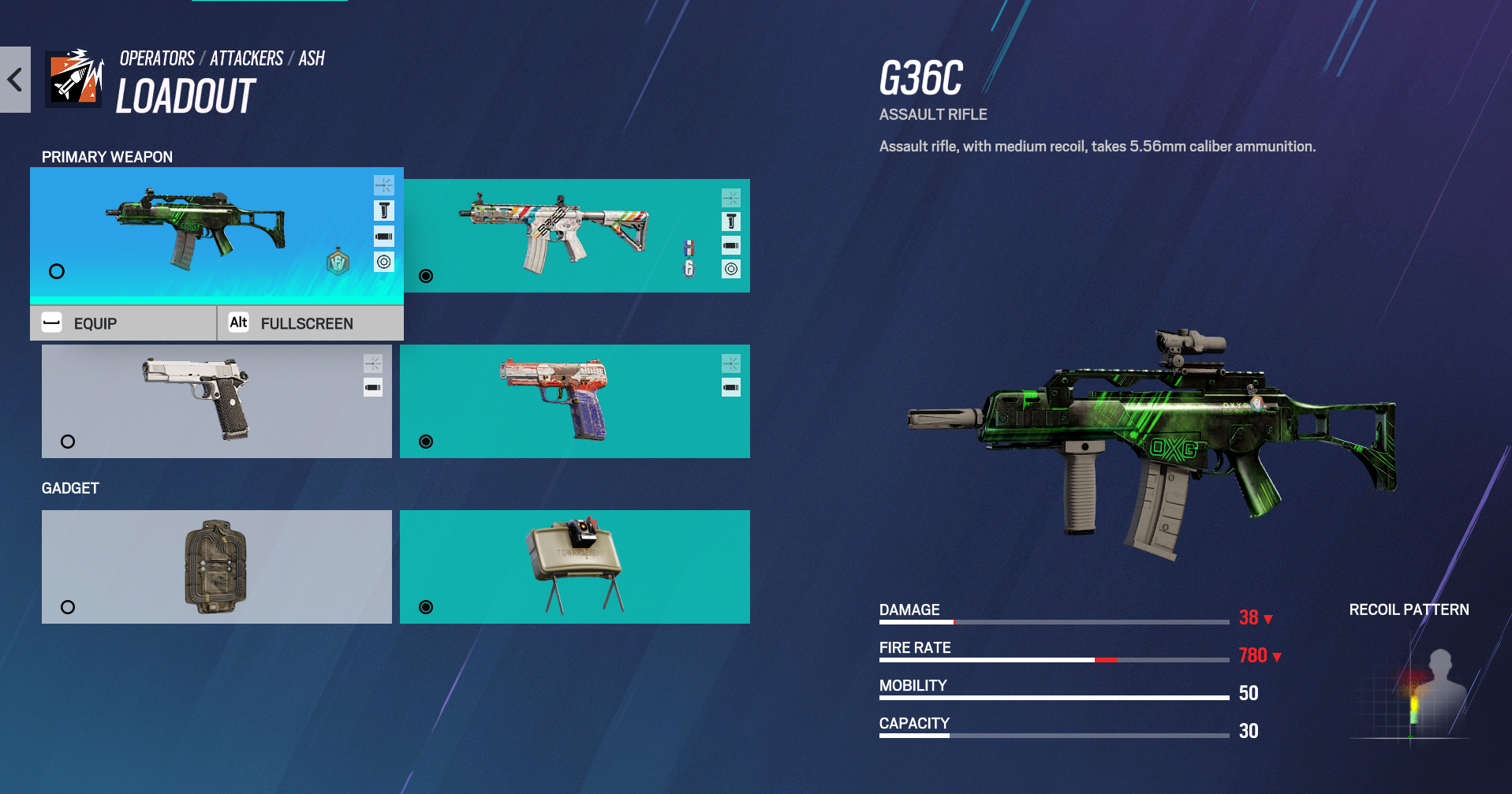 Prior to the changes made to the R4-C, with the weapon not only losing its iconic ACOG sight but also having various recoil nerfs, this gun used to be Ash's best option. Now, the G36C is the most popular weapon in her set.

Regarding the secondary weapon, it depends on your aim. The M45 MEUSOC delivers higher damage but has shorter magazines, while the 5.7 USG is just the opposite. If you feel like having good enough aim, go for the M45 -- if not, the 5.7 USG is your best ally.

Due to Ash's nature — 3 speed, 1 armor operator — and her weapon kit, we are talking about an entry fragger. Her weapons are also some of the best on the attacker side, which gives her some versatility.

However, due to Ash's current state in the game, she is not that popular anymore. Iana has stolen Ash's position on the attack, due to her also having the G36C, and an intel-gathering gadget.

Ash is also used for soft destruction, since she can use her gadget to open new sights in floors or ceilings. She can improve her performance in this area by bringing the Soft Charges.

How to use Ash's gadget in Rainbow Six Siege

Ash has two breaching rounds that can be shot to destructible walls and hatches or to enemy bulletproof material. Although she can do both, our advice is that you use her gadget to destroy enemy utility.

Ash deploys her projectiles from distance, which means that he can get rid of Maestro or bulletproof cameras from distance. She can literally destroy everything with her gadget, except for reinforced surfaces.

That also provides Ash with the possibility to play vertically, opening new angles to put some extra pressure over the defenders' shoulders.

Ash doesn't have clear counters. In terms of gadgets, any reinforcement would be a counter to her gadget, as she can't destroy reinforced walls and hatches.

Trap operators like Kapkan or Lesion are also good counters since Ash is usually used as an entry fragger. A Gu Mine or a Kapkan trap might stop Ash from performing one of her famous pushes. 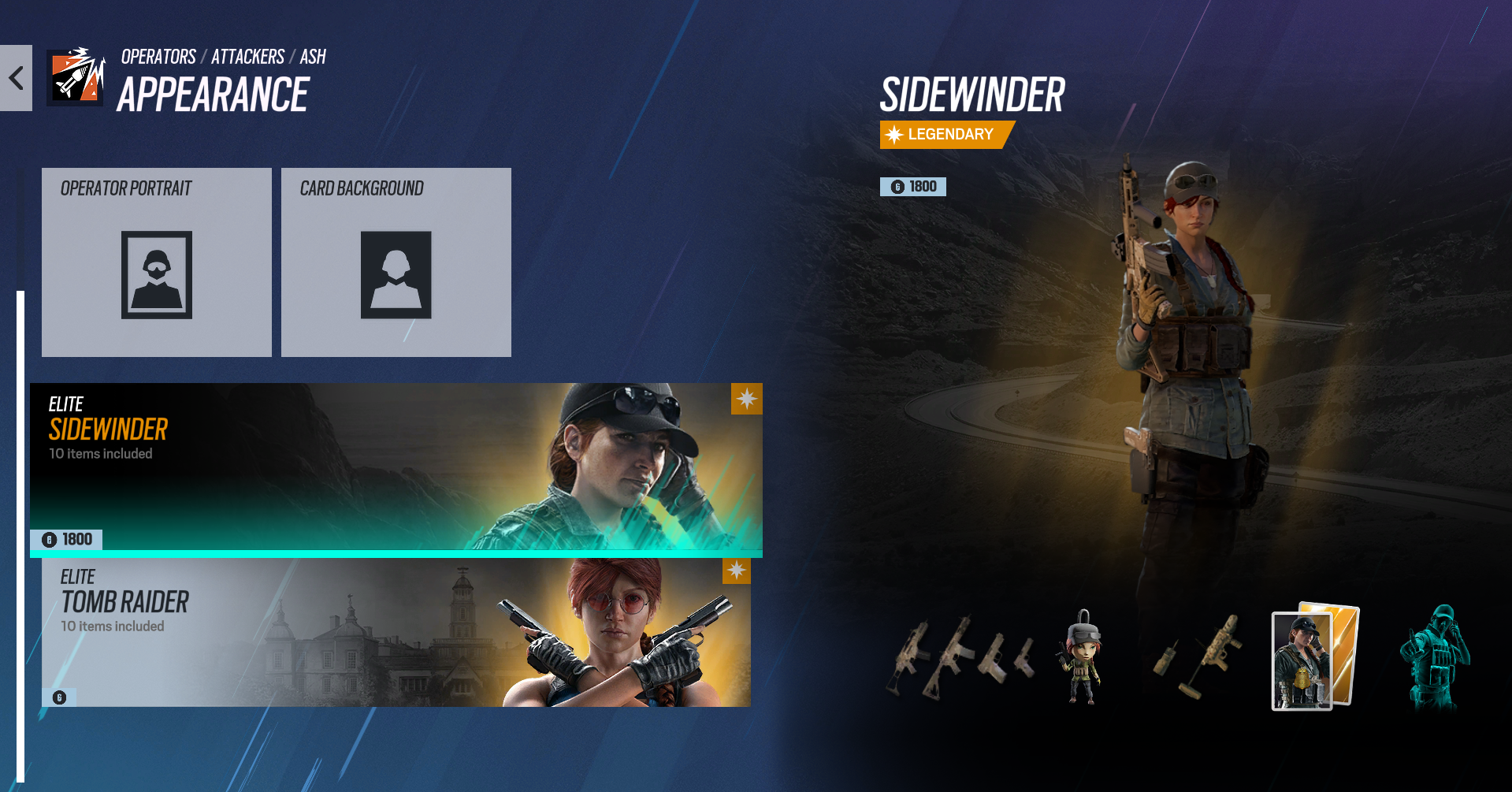 Ash has two Elite Skins, each bundle costs 1800 R6 Credits. The first one was released during the Outbreak Event and was free for everyone for a limited period of time. Meanwhile, the second one was released in Feb. 2020. 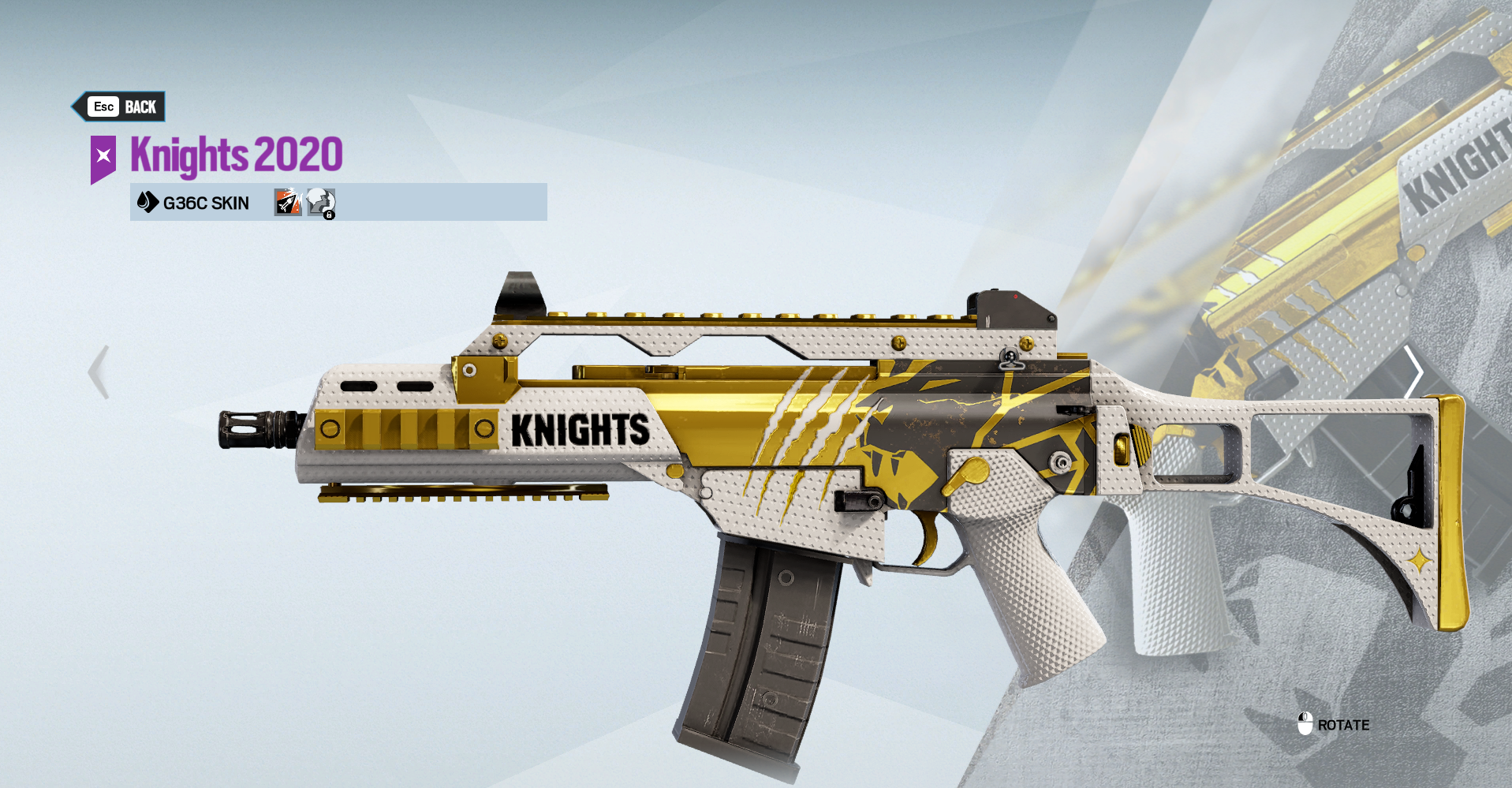 Due to Ash's popularity, various esports teams have produced Pilot Program skins for her weapons. One of them is the Pittsburgh Knights, who released this skin for the G36C. Meanwhile, this 3D skin for the R4-C dropped in the North Star battle pass.